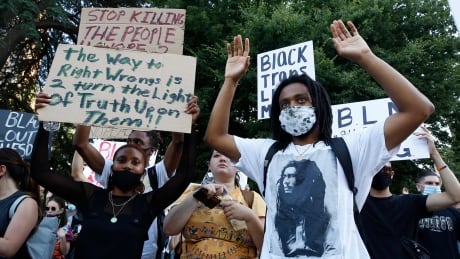 Protests in the U.S. were largely peaceful and the nation’s streets were calmer than they have been in days since the killing of George Floyd set off demonstrations that at times brought violence and destruction along with pleas to stop police brutality and injustice against black people.