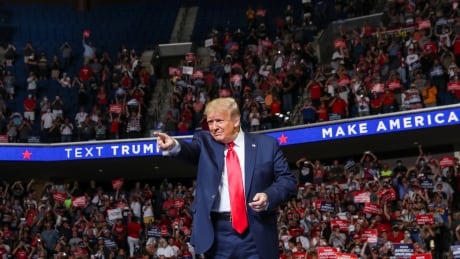 U.S. President Donald Trump launched his comeback rally Saturday by defining the upcoming election as a stark choice between national heritage and left-wing radicalism. But his intended show of political force featured thousands of empty seats and new coronavirus cases on his own campaign staff.